Dewhurst one-two St Mark’s Basilica and Wembley are among a dozen entries for Aidan O’Brien in this year’s Qipco 2000 Guineas at Newmarket.

The master of Ballydoyle has saddled a record 10 previous winners of the first Classic of the British Flat season – and looks set to be well represented once again on the Rowley Mile.

St Mark’s Basilica saw off stablemate Wembley by just under a length in the Dewhurst in October and the pair could renew rivalry on May 1.

The horse priced up as favourite with several bookmakers is the O’Brien-trained Battleground, who won the Chesham at Royal Ascot and the Vintage Stakes at Goodwood last season, before finishing second at the Breeders’ Cup.

However, O’Brien in January raised the possibility of the son of the yard’s Arc heroine Found sidestepping Newmarket and instead being trained with a return to the Royal meeting for the St James’s Palace Stakes as his chief objective.

The trainer’s squad also features unbeaten Derby favourite High Definition and Van Gogh, who won a Group One prize in France at the end of his juvenile campaign.

Other leading hopes among 72 entries for the 2000 Guineas include Joseph O’Brien’s Thunder Moon – not far behind his father’s pair in the Dewhurst – and the Richard Hannon-trained Chindit, who disappointed in the same race having won each of his three previous starts.

The fillies get their chance to shine in the following afternoon’s Qipco 1000 Guineas, for which 63 have been entered.

Ante-post lists are topped by Joseph O’Brien’s Pretty Gorgeous, who won the Fillies’ Mile over the course and distance when last seen.

Shale, who took on Pretty Gorgeous on several occasions last term, could represent Joseph's brother Donnacha, with Curragh maiden winner Santa Barbara perhaps the most interesting of their father's entries.

Trainers Joseph O’Brien, Andrew Balding and Richard Hannon gave updates on their contenders as the entries were revealed today.

Thunder Moon has wintered well and we are pleased with where we are. There is plenty of water still to go under the bridge yet but it is exciting to have a live contender for the 2000 Guineas. We were very pleased with the run in the Dewhurst considering the ground on the day. He was posted on a tougher part of the track as there was bias towards the stands rails but we were pleased with him. He is obviously a pretty quick horse on what he has done so far but he shapes as though a mile will be within compass so I don’t see the trip being a problem. I do feel that he will be better on quicker ground as well. It is nice to have had a run at the track previously and that experience there won’t do him no harm. We have the option of running him beforehand but we will decide nearer the time and see how the horse is before making that decision.

Successful in a seven-furlong maiden on the July Course, he subsequently came home third to Battleground in the Vintage Stakes

He had a setback after the Vintage at Goodwood that is why we didn’t see him for the rest of the year. We are just about to increase the speed of his work. He would be a possibility for the 2000 Guineas.

I’m very pleased with him and he has done very well. He did just a bit more than a canter a few days ago, him Fancy Man and Etonian all worked and it was a lovely start. Regarding his Newmarket run, the times say that the ground was heavy and it looked it. Chindit will go wherever there is decent ground. If it turns up at Newbury that is where he will go first (Greenham). He had done all his winning on flat tracks at Doncaster and Ascot before Newmarket and I’m not sure he loved the track. He has always been a neat horse with a good action. He is a good horse with a lot of speed. I think he would get the mile in a Guineas and would be suited by that trip as he is a very straightforward, simple horse.

Belloccio (FR) 3 9 0 All for One Racing David Menuisier

Whether it’s on your bed or on your sofa, Racing TV is THE best way to WFH this Cheltenham Festival! Racing TV is the only channel broadcasting EVERY race live from Cheltenham with unrivalled coverage and analysis from the best in the business. You can enjoy all the action on TV, online and mobile daily from 10am. So make sure you block out your diary the Cheltenham Festival on Racing TV. Click for more details 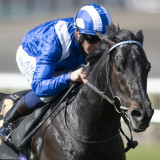 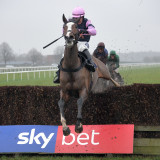 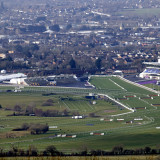