One Master won the Prix de la Foret for a third successive year for William Haggas.

The six-year-old mare was having her sixth run of a busy season - but Haggas has always been at pains to stress the one race he wanted to win above all others was the seven-furlong Group One on Arc weekend.

A surprise winner in 2018, the daughter of Fastnet Rock has gone on to prove her versatility and toughness since then, finishing second in Group Ones over a mile and six furlongs.

However, there is no doubt over which trip she truly excels - and given the Foret is the only Group One over seven furlongs in Europe, to win it three years in a row is a special achievement.

Andre Fabre's Earthlight, a star juvenile last year, made her pull out all the stops, but Pierre-Charles Boudot, full of confidence having just won the Prix de l'Abbaye on Wooded, got her home in the nick of time, just as he had done the two years previously.

Earthlight was a game second, with John Quinn's consistent Safe Voyage losing little in defeat in a close-up third.

Haggas told Sky Sports Racing: "We are very proud of her. She is a fantastic filly and she seems to come good over this track and trip.

"Any ground is good for her, but she is particularly good on soft ground and she was given another brilliant ride by Pierre-Charles. 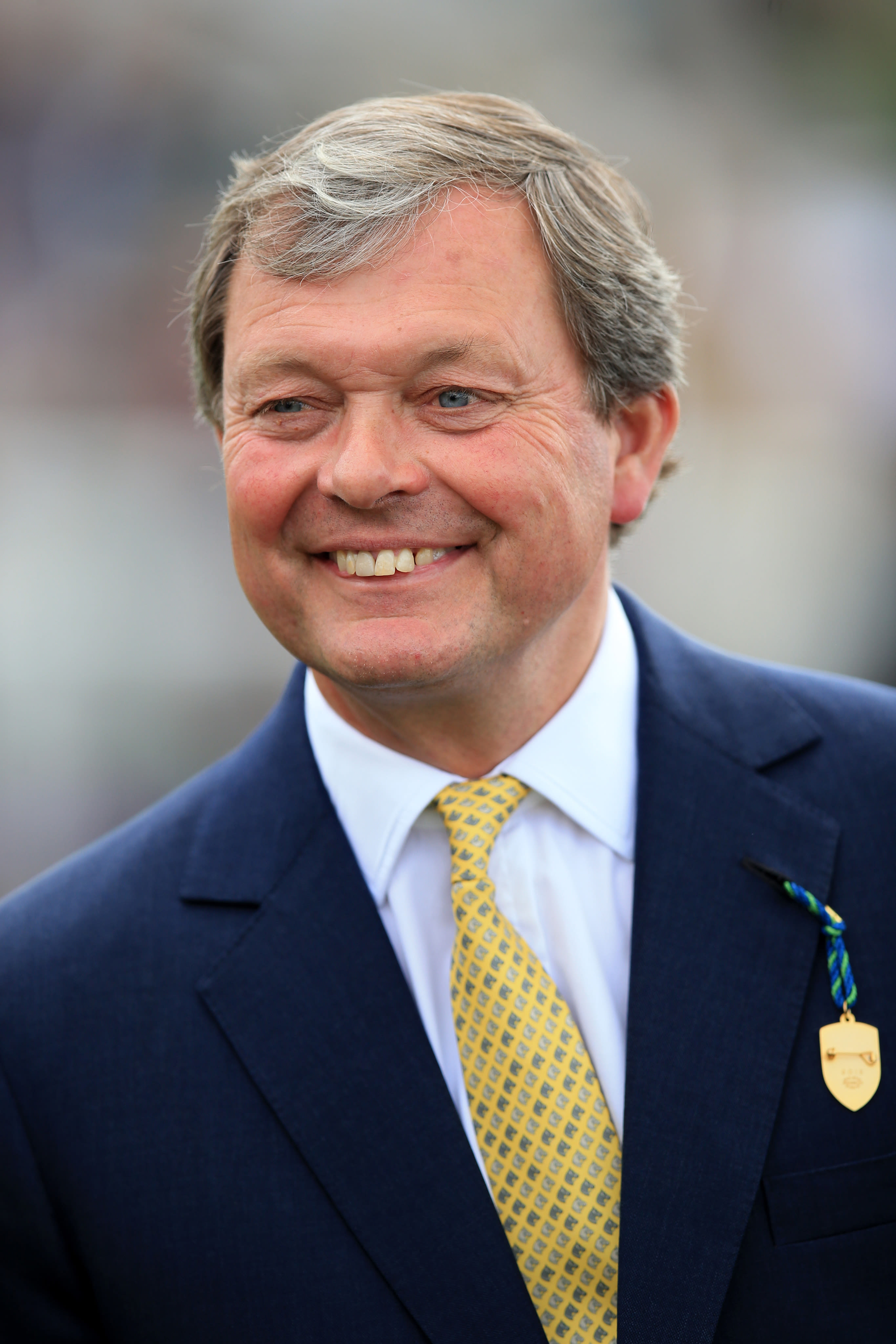 "She had to battle it out today, but she did it. If you are going to win by a neck, she won OK - an OK neck.

"She is very laid back and knows how to race. This time of year she seems to come good and we haven't missed a beat this year. She had run in every race we wanted to and I'm thrilled for everyone here.

"She'll have another run, I suppose, if she's OK, I don't know. She's in at Ascot and I quite fancy he Breeders' Cup in Keeneland this year for her."

He added: "The last horse to win two Forets was Moorestyle, who was ridden by Maureen's (Haggas, wife) father (Lester Piggott) and trained by her uncle (Robert Armstrong). For this filly to do this is pretty unique.

"It was very sad the big filly (Enable) couldn't win three Arcs, but this was a good feat in itself to do three Forets and as it's not been done before I expect it will take some doing to beat it."

Glass Slippers was narrowly denied a second successive win in the Prix de l’Abbaye as Wooded landed the prize on just his second run over five furlongs.

Kevin Ryan’s filly was aiming to become the first since Lochsong to win the Abbaye twice – but a draw in stall 10 made Tom Eaves’ task all the more difficult.

Glass Slippers broke well, though, and Eaves was able to get a prominent position on the outside and looked to have every chance.

But Wooded made full advantage of stall two and Pierre-Charles Boudot got a dream run throughout on the rail.

Entering the final furlong Frankie Dettori appeared to be going as well as anything on John Quinn’s Liberty Beach, but the very testing ground just took its toll close home.

Just as Wooded appeared to have seen off her main contender, Glass Slippers came with one last lunge, determined to hold on to her crown, but she had to admit a brave defeat.

The win capped a great weekend for trainer Francis-Henri Graffard, who won the Prix Daniel Wildenstein with The Revenant on Saturday and went close in the Prix de l’Arc de Triomphe itself with In Swoop.

He told Sky Sports Racing: “He’s a horse I’ve always loved. We missed Ascot because of the lockdown and Covid. It was difficult to organise it. I was upset because I knew he was going to run very well in the Commonwealth Cup.

“Then I struggled with the trip. There were no races for him over six furlongs over the summer. We decided we needed to race him and toughen him up for next year because we have a nice sprinter on our hands.

“The only question was the ground. He is much better on fast ground. He worked on Monday. Pierre-Charles said he wasn’t the same horse on soft ground. Again we decided to run because I want to toughen him up for next year.

“It’s a brilliant victory – he went on soft today because he’s a very good horse.”

Tarnawa had shown she was a top-class filly when winning the Prix Vermeille three weeks ago in good style, and was among the favourites to follow up.

Her main rival was Jessica Harrington’s Alpine Star, who had gone close in the French Oaks and Prix Jacques le Marois after winning the Coronation Stakes at Royal Ascot.

She gives a record fifth victory in the race to her owner-breeder H.H. the Aga Khan. pic.twitter.com/HM0NSGg78Z

Given a bold ride by Shane Foley, Alpine Star attempted to see them all off by kicking early in the straight and soon plenty were in trouble.

James Fanshawe’s Audarya, who sprang something of a surprise in the Prix Jean Romanet, began to make ground on the far rail while Tarnawa came down the middle of the track.

Alpine Star was still in front with 100 yards to run, but Christophe Soumillon rides Longchamp as well as anyone and had timed his challenge to perfection.

There was a sense of inevitability as Tarnawa was catching with every stride and she got there just in time, meaning Alpine Star was second in her third Group One in a row.

“She won the Vermeille and to come back just three weeks later, she’s a really tough, courageous mare.

“This is always one of the best races – sometimes the best race of Arc weekend, we knew it was going to be tough and we knew the Niarchos filly (Alpine Star) had plenty of Group One form, she was always going to be the one to beat.

“We got there, it was a fantastic performance.”

He added: “We’ll have to discuss her future with His Highness (Aga Khan). She gets a free entry into the Breeders’ Cup, I believe, which is definitely a possibility.

“Whether she comes back next year will be up to His Highness and all the team. It’s fantastic, but she’s won two Group Ones now so we’ll enjoy today.”

In a real rags to riches story, the filly won three claimers earlier in the season and booked her place in the field when winning a Group Three at Deauville last time out.

In behind Tiger Tanaka there was plenty of trouble in running, with Richard Fahey’s favourite Fev Rover done no favours at all before staying on to finish fourth.

Marcialis, who has been making a name for herself in France, was unable to make use of the usual female allowance in a Group One.

But that mattered little on Charley Rossi’s Clodovil filly, who powered away to for a memorable success that caped a memorable day for the Rossi family, as his uncle, Frederic, won the Prix Jean-Luc Lagardere with Sealiway earlier on the card.

Marcialis, 30, who is a mother, became the first female to ride a Group One winner in France.

Born in Italy to a racing family, in 2013 Marcialis was Fegentri champion female amateur rider and has worked her way up as a professional from riding in claim races.

She said: "If the filly had come out a little bit quicker out of the stalls, I'd have been able to get a better position, but when the gap opened I had to go.

"It's incredible. I don't have the words. Yesterday we said it was amazing to be here today. I want to say to all the mums 'we can do it'. Be strong."

The winning trainer, who was assistant to Criquette Head-Maarek for 10 years, said: "I know what it means to get horses ready for big races, but I don't actually realise yet what has happened and my wife has won this race for me with this filly.

"We bought her out of a claimer for 24,000 euros, but she showed wanted to be with the best and is now the best filly. She is qualified for the Breeders' Cup so why not? And Jessica has won races in America.

"She has a goat in her box and we hope they will be kind enough to invite the goat as well."

Sealiway absolutely relished the testing conditions as he turned the Prix Jean-Luc Lagardere into a procession.

Trained by Ferderic Rossi, the Galiway colt appeared to have a bit to find on the form book with the overseas runners, with a second in a Group Three last time out the best of his form.

That was a good deal removed from Clive Cox's Nando Parrado, who caused a 150-1 shock at Royal Ascot and proved that was no fluke when chasing home Campanelle in the Prix Morny.

He was keen early for Christophe Soumillon, as Mick Channon's Cairn Gorm set only steady fractions, understandably in the very soft ground.

Nando Parrado was well placed to strike when the small field entered the false straight, but as Cairn Gorm began to back pedal, it was Sealiway who hit the front and Nando Parrado had no answer.

The race was over as a contest on entering the final half a furlong and although there was little between the others, with Ken Condon's Laws Of Indices sticking to his task gamely on the rail to claim third, Sealiway was a country mile in front of Nando Parrado.

For Rossi, who won the French 1000 Guineas with Dream And Do earlier this season, he appears to have another Classic contender on his hands, while it was another Group One for Mickael Barzalona.

Rossi said: "I've always thought he was a Group One horse, but to go away in that final straight was impressive.

"The initial plan was to run in the Prix Morny, but we very quickly realised that distance would not be to his advantage and he needed a longer trip.

"We decided to ride him differently and I told Mickael Barzalona to ride him the English way - let the horse him express himself and go early.

"The owners are happy to travel with this horse and he could go to the Breeders' Cup. We will discuss that first before thinking about next year."

He added: "For 15 minutes after Alkuin was just beaten by Princess Zoe in the Cadran (on Saturday), it was hard, but today is more the satisfaction of having trained a horse I have always believed in.

"From the beginning of the year I thought he was a proper Group One horse."