Santini will have a spin at Newbury on Tuesday before his planned return to competitive action in next month’s William Hill Many Clouds Chase at Aintree.

After deciding against entering Santini for Saturday’s Betfair Chase at Haydock, the Seven Barrows handler intends to use the exercise as a stepping stone towards Aintree’s Grade Two feature over three miles one furlong on December 5. 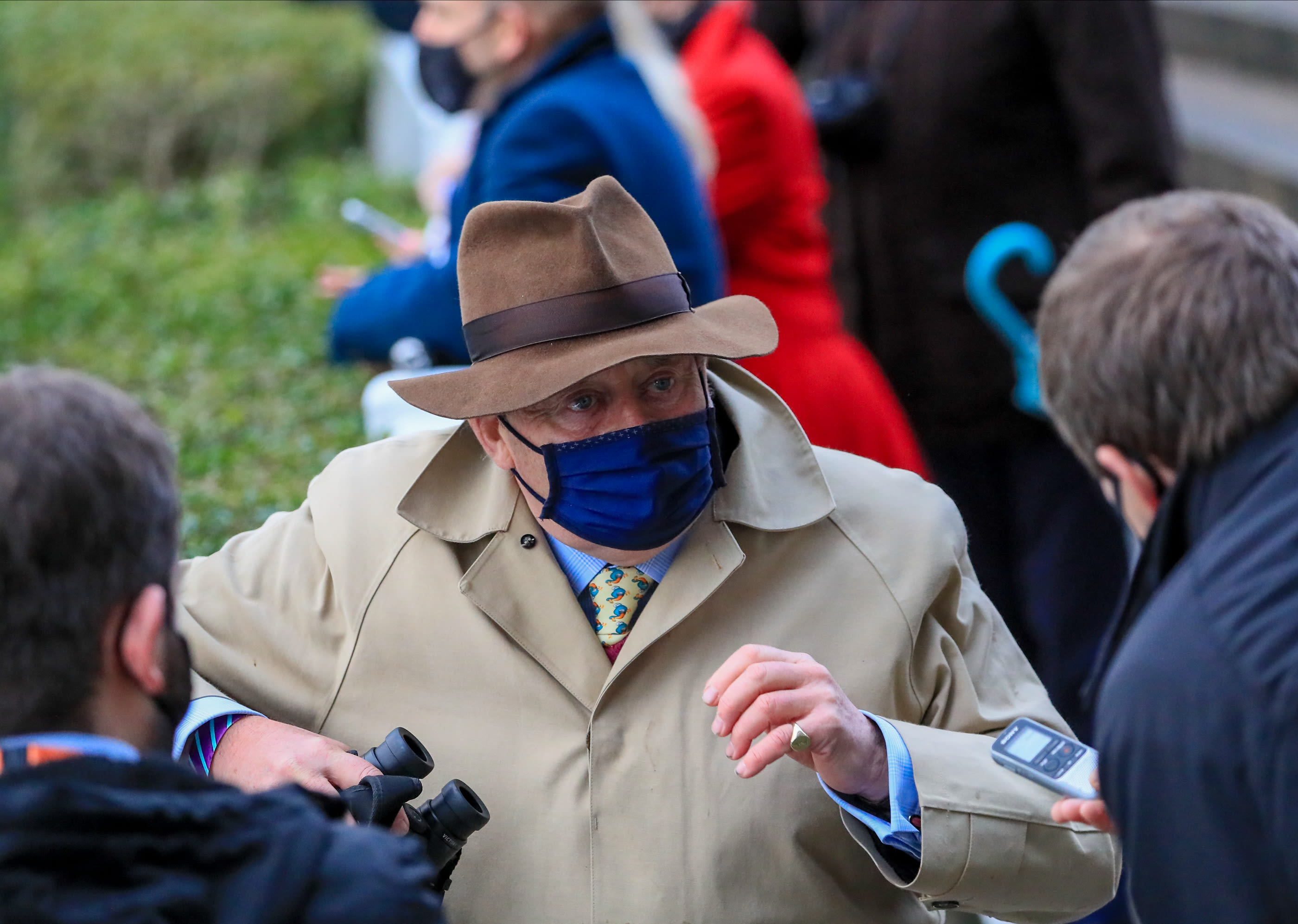 Henderson said: “The plan is to gallop Santini at Newbury tomorrow morning. I said a few weeks ago he probably wouldn’t be ready for Haydock.

“To be honest, I never thought Haydock was likely to be his track either, and we were not quite going to get there in time. Looking at it, the Many Clouds up at Aintree is the obvious race to run him in.”

The gallops morning at Newbury on Tuesday, which will be shown free to view on Racing TV from 10am, heralds the official countdown to the Ladbrokes Winter Carnival and will feature key contenders ahead of the Grade Three Ladbrokes Trophy on Saturday week.

The morning, which has grown in success, usually takes place in front of 250 Newbury Racecourse Annual Members but given the latest government restrictions, will operate as a ‘behind closed doors’ raceday with the current measures and protocols in place.

To ensure people don’t miss out on the chance to see some of the Jumps stars put through their paces, Racing TV will broadcast the morning live and free to air for the first time. The broadcast, hosted by Rishi Persad, will start at 10am.

Last year’s winner, De Rasher Counter who is looking to defend his title in this year’s renewal, along with the 2019 Ladbrokes Long Distance winner, Paisley Park who is due to make his seasonal reappearance in this year’s Ladbrokes Long Distance Hurdle will gallop on Tuesday morning along with the Ben Pauling-trained Kildisart who was most recently third in the bet365 Hurdle at Wetherby at the end of October.

Champion trainer, Nicky Henderson who has well supported the event for the last few years will also bring some of his stable stars along for a racecourse gallop including; Altior, Epatante and Shiskin as well as his Ladbrokes trophy entry, Beware the Bear, who was fourth in the race last year.

Emma Lavelle said: “We brought De Rasher Counter and Paisley Park along to this last year and that worked out quite well! It’s a great opportunity for us to give these horses a racecourse gallop ten days out from the two-day meeting with thanks to Newbury and all involved for putting it on given the current circumstances.”

Bring home the Jumps with a free one month trial of Racing TV. Watch over 65 live meetings from Britain and Ireland on unlimited devices. Hurry, only 500 trials available. Click here to get yours now!

Keith Ottesen, Clerk of the Course for Newbury Racecourse said: “The gallops morning has become a key event in the build up to the two-day meeting and every year we have welcomed leading contenders, media and our annual members. We are very grateful to the BHA and local public health for allowing us to run the event as a behind closed doors raceday and its brilliant that Racing TV will broadcast the morning live and importantly owners and those interested can tune it to watch it for free.”

Ladbrokes spokesman Jon Lees said: “We are very grateful to the connections for taking advantage of this opportunity to fine-tune members of their team at Newbury ahead of the Ladbrokes Winter Carnival. It helps whet the appetite for the two-day meeting and what we hope will be another memorable edition of the showpiece Ladbrokes Trophy.”

The Ladbrokes Trophy at Newbury: Runner-by-runner guide to the 18 contenders
News Articles

The Ladbrokes Long Distance Hurdle: Each runner under the spotlight and a 20-1 tip
Betslip
JoinLogin
DepositLogout