Saturday’s high-profile meeting at Ascot is one of several weekend fixtures in the balance because of the imminent arrival of Storm Dennis.

Less than a week after Storm Ciara began to decimate the National Hunt programme, Britain is bracing itself for another volatile spell of weather – and officials at racecourses across the country are taking a mindful approach.

A seven-race card is scheduled to see the top-class Cyrname defend his crown in the Betfair Ascot Chase, but clerk of the course Chris Stickels is concerned about the forecast of strong winds.

A precautionary inspection has been announced for 8am – but there is every possibility of further checks through the morning, with winds set to strengthen from 11am.

A statement from the racecourse read: “A precautionary inspection will be held at 8am on Saturday morning due to the strong winds forecast on Saturday.

“The forecast wind strength increases further from 11am, so it is possible that the precautionary inspection will pass at 8am and then we will continue to monitor the conditions.

“A further inspection will be called if conditions deteriorate to the extent that the race meeting is at risk.”

It is a similar situation at Wincanton, with a precautionary inspection announced for 8am because of the “increased certainty of high wind gust forecasts during racing”.

There will be a precautionary inspection at 8am tomorrow due to the strong winds forecast. We will keep you updated. pic.twitter.com/VM6rFWqYsh

Haydock are set a precautionary inspection at 8am on Saturday morning. The going is currently Heavy on the Chase Course and Heavy, Soft in places on the hurdle course.

❗️Precautionary Inspection at 8am tomorrow ahead of racing

This is due to increased certainty of high wind gusts in the forecast.
This will review the latest wind speeds and localised forecasts to ensure that raceday operations, public safety and grandstand areas remain safe. pic.twitter.com/7VDNMtyFDO

It is one of the biggest days of the season at the Somerset circuit, with the Betway Kingwell Hurdle the feature event.

Lingfield’s six-race all-weather card on Saturday is also subject to a morning inspection at 8.30am because of the forecast for strong winds.

Exeter, one of the first victims of the past week's storms, is in doubt again on Sunday - with an inspection called at 6pm on Saturday for the replacement card.

‼️ The going ahead of Sunday's fixture is currently Soft, Heavy in Places.

Due to the Amber warning of rainfall on Saturday, there will be a precautionary inspection at 18.00pm to evaluate the track condition after Saturday rainfall has passed through Exeter. pic.twitter.com/JpdIOO0wLb

This time, it is the amount of forecast rainfall which is causing concern - on ground already described as soft, heavy in places.

Market Rasen will also hold a 7am inspection on Sunday morning, to assess the effects of Storm Dennis before its scheduled six-race card.

👉A precautionary inspection will be held at 7am on Sunday morning. Storm Dennis is due to bring high winds and rainfall through Saturday afternoon and Sunday.

We will update with further information after the inspection. pic.twitter.com/Ux1NbTgFiJ 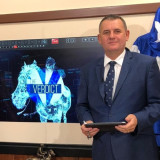