Teddy Grimthorpe has highlighted the skill of John Gosden and his team in ensuring Enable arrives in Paris for a fourth successive year in peak condition on Sunday.

Is it rare for a top-class Flat horse to remain in training as a six-year-old, especially a mare – but owner Khalid Abdullah made a sporting decision to keep Enable in training this season having come so agonisingly close to racing history 12 months ago.

As no horse has ever won Europe’s premier race, the Prix de l’Arc de Triomphe, three times, the sportsman in Abdullah came to the fore and he delayed the decision to retire Enable to have one more shot at immortality.

“In races like this, it’s such a monumental day you cannot discount any horse – it never turns out how you think it is going to,” said Grimthorpe, Abdullah’s long-standing racing manager.

The Enable Story: Watch what those closest to her had to say when we visited them this time last year

“We just have to concentrate on her and Frankie (Dettori) is the best man to have.

“Just to even run in the race four times – given how difficult it is to get to a particular race on a particular day – to do it four years in a row, without pre-empting as she hasn’t lined up yet, but all being well to run in four Arcs, it is a tremendous feat by John and everyone at Clarehaven.”

Win or lose this weekend, Grimthorpe does not think there is much more Enable could have achieved with three King Georges, two Arcs, the English and Irish Oaks and a Breeders’ Cup among her 15 victories.

“She had a really busy three-year-old campaign, missed the first half of her four-year-old season but went and won at the Breeders’ Cup after a second Arc,” said Grimthorpe.

“Obviously we are very biased and everyone has opinions about everything, but the only thing I would say is that her CV stands up to the closest scrutiny.

Gosden tells us about Enable's campaign this year

“The amount of Group One winners she has beaten in her career is staggering and we couldn’t have asked any more of her really.”

Not surprisingly, Gosden fears the testing ground could slow Enable down in the final few strides – just as it did last year when Waldgeist reeled her in.

Speaking to talkSPORT2, Gosden said: “She’s in very good form, we’ve designed the whole season around this day. She won a King George then had a prep at Kempton so she’s ready for this.

“Everyone is concerned about the ground, it could be for specialists, but we’ve planned this for a year.

“She handles cut in the ground, but her best races have been on good to soft. Last year it was testing and it found her out in the last 100 yards. Possibly our jockey might be a bit more patient this time. It’s the same for everyone, but it will suit some more than others.

“I’ll leave tactics up to Frankie, though, he’s ridden in 30 Arcs so it’s pointless me telling him want to do. He’ll ride it how he feels it.”

Asked how he would feel if Stradivarius came to beat Enable, Gosden replied: “You must let every horse take its chance, the owner/breeder Bjorn Nielsen has been keen to run and there’s a history of good stayers running well in the Arc.

“In the conditions it will bring his stamina into play. Even he might find the ground a bit much, though – although we thought for years he wanted top of the ground and he won an Ascot Gold Cup by 10 lengths on soft.

“This is a different ball game but if he doesn’t sink in too far, he doesn’t have the biggest of feet, he’s capable of a big performance.”

Aidan O’Brien is another who must be cursing the weather gods and he felt the ground could be so bad he even took out Love, who had been favourite since July.

Nevertheless, he still runs four, including Grand Prix de Paris winner Mogul and Serpentine, shock winner of the Derby in June. Japan and Sovereign are the other representatives for Ballydoyle.

“We were delighted with Mogul in the Grand Prix de Paris and we felt he was slowly starting to come right,” O’Brien told Sky Sports Racing. 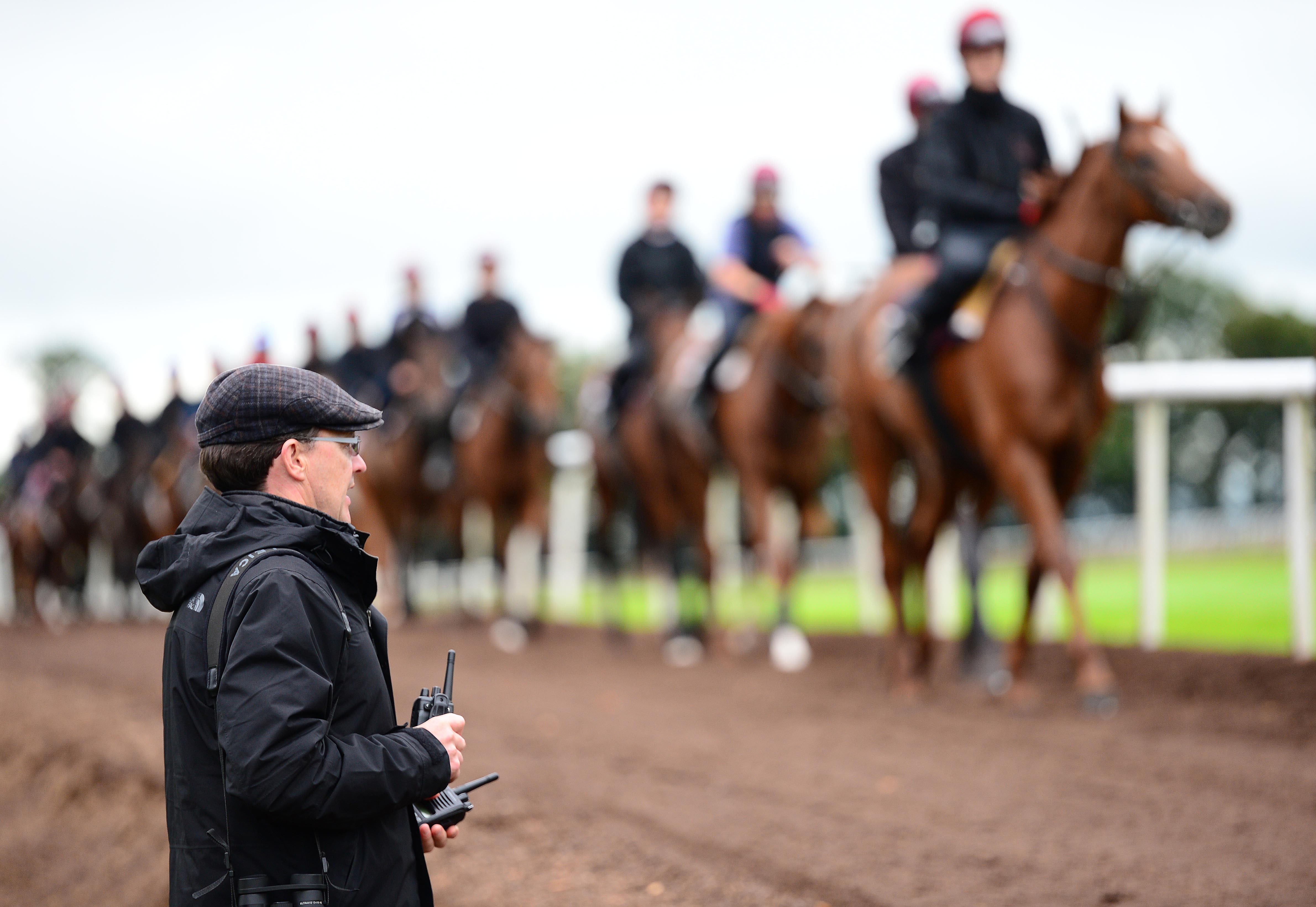 “We’d always ridden him fairly close to the pace, but he’d always shown a lot of speed in his work so we decided last time to ride him for speed and Pierre-Charles (Boudot) gave him a beautiful ride and we got a great result, we’ve been happy since. The ground won’t be ideal but his brother, Japan, handles an ease.

“We think Japan will improve from the Irish Champion but we were a little disappointed. A mile and a half will suit him better.

“Christophe (Soumillon) was happy with Serpentine (behind Mogul), he’d had a big break after Epsom. We went to France using it as a prep for the Arc which Christophe knew.

“He’ll go forward, he doesn’t have to lead but he will if no one else wants, he’s uncomplicated. He’s drawn wide (15), but Christophe knows the horse well.

“Sovereign should be suited by the tempo of a mile and a half rather than the Irish Leger last time.”