We head to Yorkshire on Wednesday for our Placepot Pointers, with the card at Beverley the focus of everyone’s favourite six-leg bet. Read on for our pointers on the six races. New at Tote? Sign up today for a £10 Risk Free bet. Play the Placepot HERE

It’s been a scorcher this week and the warm weather is set to continue at Beverley on Wednesday with temperatures reaching 27 degrees. Unsurprisingly it’s Good to Firm at the track, with the action set to be fast and frenetic.

Few jockeys know their way around Beverley better than Danny Tudhope. The Group 1 winning rider not only shows a level stakes profit of +19.26 over the past five years, but more importantly for the Placepot, he has finished in the frame on 94 of those 182 rides, giving him a 52% win or place-rate.

For those looking for a maiden to come on from debut, revisiting BILLIAN’S (2:40) effort over course and distance is worthwhile. Slowly away, the son of Mehmas showed inexperience in the early stages, needing to be stoked along by Nathan Evans to secure a position.

Once settled in mid-division, the time came to unleash his finishing kick, only to meet plenty of trouble in running. Once getting out in the clear, the colt flew home for third, a length behind the re-opposing Sound of Dubai. More luck in running isn’t much to ask for, and we expect him to be on the premises again today.

Put a line through MEWS HOUSE’S (3:40) somewhat flat run on the all-weather at Newcastle, and he becomes a very interesting candidate in Leg 5 of the Placepot. Prior to that underwhelming effort at Gosforth Park, he was a very good third at York off a mark a pound higher than today’s rating. Before that he had a subsequent winner in behind when landing the spoils at Pontefract. He’s put in a couple of poor runs in his career before, but has often bounced straight back, so could do the same today.

Siding with a horse simply because of his record over course and distance may seem a little foolish, but in BIT OF A QUIRKE’S (4:10) case, we just can’t leave him out of our perm. In

10 runs over the 1m2f course at Beverley, Mark Walford’s charge has landed six wins and one runners-up finish. The seven-year-old ran a solid enough race in third behind a next time out winner, and if firing on all cylinders here can go close in conditions he loves.

Leg 4’s Classified Stakes (3:10) event isn’t easy to find a horse to hit the frame, let alone the winner. Between the 12 that line up, they’ve run a combined 57 times since any one of them got their head in front.

We can often see these lowly-rated horses pop up with a big run seemingly out of nowhere, so treading carefully is advised. The three that we’re chancing in our perm are CHILLON CASTLE who was a good third over course and distance last week, not getting the clearest of runs, INVINCIBLE BERTIE who is officially best off at the weights here, and RANGEFIELD EXPRESS who has hit the frame a few times this season already. 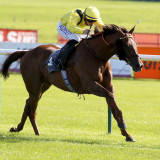 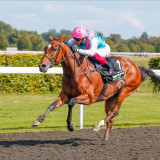