Paul Mulrennan: Eight rides on Saturday and century in sights

Get the inside track from our ambassador, Paul Murennan, who pointed you in the direction of 20-1 winner Barefoot Angel in his column last week.

It’s been an unbelievable week and, with the winners continuing to flow, I’m just eight short of the 100-mark for the calendar year. I’m aiming to hit that landmark as soon as possible before kicking-on for the remainder of the season.

Barefoot Angel won the Firth Of Clyde Stakes at Ayr for Richard Fahey and owners Norman and Helen Steel. I rode one of their first winners – Firebet for Ann Duffield at Chester – and, as I’m yet to taste defeat in their silks (4-4), I’m considered to be a lucky charm!

I was impressed with Andrew Balding’s Chasseral at Newcastle on Tuesday. She was strong at the line, galloping out well. We were hacking along early, so I made the decision to let her stride on and she relaxed perfectly. I shifted my hands at the furlong pole and she picked up in an instant, swiftly going through the gears.

I’ve always thought the absolute world of Azure Blue, so was delighted to be back aboard at Newmarket on Thursday.

She was also strong at the line, winning despite a lot going wrong for her. She missed the break, we didn’t go very quick, plus I had to challenge on the wing. So factoring everything into the equation, I still think there’s more to come from her.

I’d imagine that Michael [Dods] will squeeze one more race into her this season and I see no reason why she can’t move up to Listed company.

We’re moving into the autumn months and that means more and more floodlit All-Weather action. I’m Newcastle bound on Friday for six rides.

Teagarden Jazz (5.15) sports a first-time tongue-tie in exactly the right type of race. She wasn’t beaten far at Haydock last time and this extra furlong and-a-half should suit.

Lenny’s Spirit (5.45) has been in decent shape on turf during the summer, although must transfer that improvement back onto the all-weather. He did win on Tapeta at Wolverhampton in March, albeit from a mark of 55 and he’s up to 73 tonight.

Burning Emotion (6.45) won very nicely at Thirsk, and the stiff 7f at Newcatle should be perfect. Julie Camacho is having a fantastic year – she saddled another double at Beverley on Tuesday – and her filly is the pick of my Newcastle rides.

Bond Power (8.15) isn’t the most straightforward, but he’d have a chance if things fall right. He’s dropped down to a good mark (72) and is in the right grade of race. He does like to be held up, though, and getting across from the far side of the track will make things trickier.

A busy Saturday at Chester

Thanks to the continued hard work of my agent and, with the support of many trainers, I’m delighted to have a full book of eight rides at Chester.

Paws For Thought (2.15) has shown some useful form around this track, so I’ll be seeking to break smartly to get him into a nice position. Dropping back to 7f should suit, with the additional 110 yards over-stretching his stamina.

Tim Easterby’s Tyrone’s Poppy (2.50) is well drawn in stall two and firmly on the upgrade after winning his last two races at Ayr (6f) and Leicester (7f). He’s one of four last-time winners in a competitive looking nursery.

The veteran Sir Chauvelin tackles the Chester Cup trip in the Deepbridge Watergate Cup (3.25). For whatever reason, he has underperformed since finishing second in Hamilton’s Lanark Silver Bell.

Arctic Fox (4.00) carries topweight of 10st 2lb, earning that for back-to-back summer Haydock wins. He’s versatile in terms of both distance and ground, so promises to be competitive. 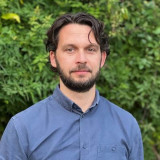 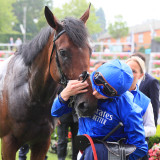