Clive Cox reports Nando Parrado in fine form as he heads to the Prix Jean-Luc Lagardere at ParisLongchamp (1.15).

The Kodiac colt was a shock 150-1 winner of the Coventry Stakes at Royal Ascot, and his Lambourn trainer is full of hope for a big run with the ground in his favour on Sunday.

“I’m very pleased, because he is in excellent form, and it gives me confidence knowing that he will handle the conditions – that is a great plus, given the weather forecast,” said Cox.

“He has enjoyed a tremendous season already, with winning the Coventry and being second in the Morny. This a race that we are pleased to be stepping up to seven furlongs in.”

Mick Channon’s Cairn Gorm, who was eighth in the Morny, is the other British raider in a six-strong field.

“I was very pleased with him in the Morny, because it was very testing ground,” said Channon. “He ran a nice race, but was clearly doing his best work in the closing stages – which is why we are stepping up to the seven on Sunday.

“I think his pedigree would suggest this will bring more out of him, especially on the dam’s side. He has had a good time between his races.“

A Group Two winner at Deauville on her latest start, the Richard Fahey-trained filly is owned by Nick Bradley Racing 43 And Partner.

“I spoke to Richard (Fahey) on Friday morning, and she’s a lot more professional than when Ben (Curtis) last rode her at Sandown.” 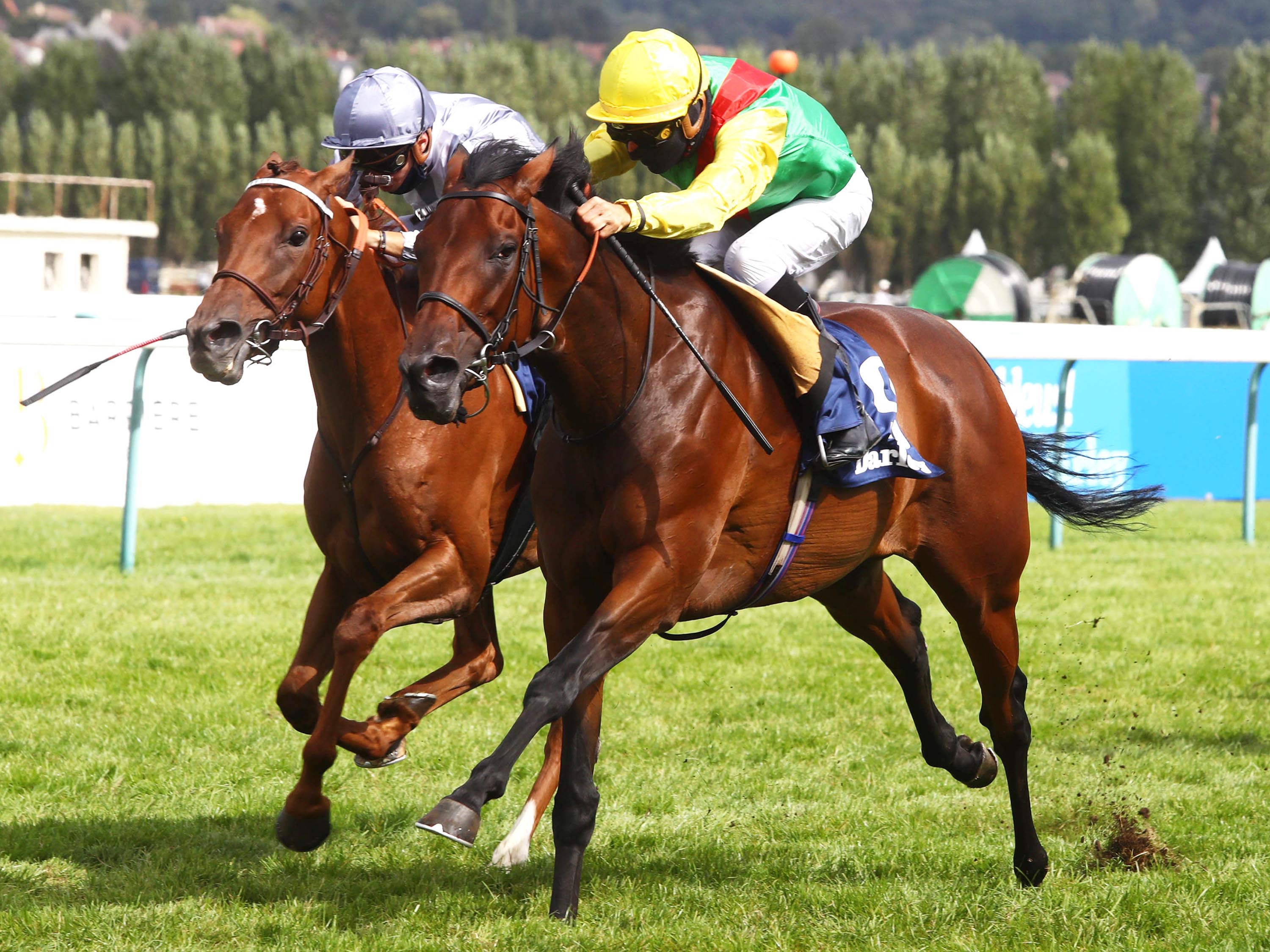 Jean-Claude Rouget admits being surprised by Tawkeel, who bids to take her perfect record to six out of six in the Prix de l’Opera (3.50).

“She doesn’t share that characteristic that has bedevilled other members of the same family that I’ve trained, in the sense that they’ve made flying starts to their career – which they haven’t backed up,” he said.

“She, on the contrary, has done nothing but progress – and each time, she has astonished me. In the Opera, we will be seeking to maintain her unbeaten record.”

James Fanshawe’s Audarya caused an upset in the Group One Prix Jean Romanet on soft ground, but her trainer cannot be sure she will handle conditions at the weekend.

“It was very holding ground when she won the Romanet at Deauville,” said Fanshawe.

“I don’t think anyone can really judge how a horse is going to go on this ground until they get on it, though – because heavy ground at different courses always varies.

“She’s in good form. She obviously goes well on soft ground – whether she goes on what it will be, we’ll see on Sunday.”

John Quinn has no concerns about the ground for Safe Voyage in the Prix de la Foret (4.55).

The seven-year-old is the oldest horse in the field, but arrives in Paris on the back of winning a pair of Group Two contests.

“He is in great form,” said Quinn. "Jason (Hart) knows him and rides him very well, so we are hoping he’ll run well and hope he can win.

“Soft ground is fine for him.”

Safe Voyage was fourth 12 months ago to the William Haggas-trained One Master, who goes for a third win in the race, while Andre Fabre’s Earthlight is among the strong opposition.