Marine Nationale came with a late rattle to land the Bar One Racing Royal Bond Novice Hurdle at Fairyhouse.

The Barry Connell-trained five-year-old headed into the Grade One contest unbeaten and took the step up to Grade One-level with aplomb under a cool ride from Michael O’Sullivan.

Content to stalk the pace in the early stages, O’Sullivan appeared to have plenty of horse underneath him as the protagonists approached two out. Although temporarily put on the back foot following a mistake at the last, the 11-2 winner responded gamely up the run-in to deny Gordon Elliott’s Irish Point on the line.

Marine Nationale prevailed by a head, with four lengths back to third-placed Ashroe Diamond.

Paddy Power and Betfair make Marine Nationale 7-1 from 16s for the Sky Bet Supreme Novices’ Hurdle at the Cheltenham Festival.

Connell said: “He travelled away, jumped and settled. He nearly threw it away at the last with a bunny hop, but he dug in. It was the first time he’s ever been off the bridle in his life, and he had to be tough.

“I didn’t know what he’d do off the bridle. Sometimes these bridle horses, they don’t find a whole lot, but you’d love the way he battled and toughed it out. I’m thrilled to have him.

“I thought the ground was gone for him today, to be honest. He had been running away on good ground, and this was the softest ground he had.

“We ride him for speed. He’s actually a flat-bred horse, so we were always going to sit in behind the fancied ones and have a go. There’s no point in setting up a target. He’ll improve again from that, and is a genuine Grade One horse now, so happy days.”

Connell has enjoyed plenty of big-race success as an owner over the years with the likes of The Tullow Tank, Foxrock and Our Conor, but he was thrilled to have trained a Grade One scorer.

“I would imagine we will skip Leopardstown at Christmas as he’s had a hard race there, and we’ll probably go Dublin Racing Festival and the Supreme.”

O’Sullivan was notching his first Grade One win and told RTE: “I can’t believe it really. He is just a savage horse. Thanks very much to Barry and all the team at home for putting their faith in me. It went fairly smoothly and I just said I’d ride him for luck down the inside.

“I was crying all morning when the rain was falling as he is a French Navy horse. We thought we might get good ground or even yielding, but we didn’t get either. It was only his second run over hurdles and he was a bit novicey over one or two but just travelled everywhere and I just kept riding him and saving him for as long as I could.

“In fairness to the horse, he missed the last and still picked up at the back of it and went all the way to the line. He probably won with a small bit in hand. I didn’t wing either of the last two and if he did, he would have won even better.” 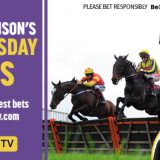 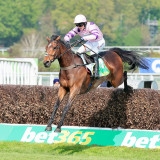 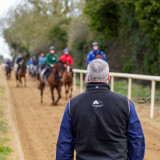