Marie’s Rock will bid to prove a solid choice in the Coral Lanzarote Handicap Hurdle at Kempton on Saturday on the back of her recent win at the Sunbury track.

The seven-year-old mare put her troubles behind her when scoring a convincing success by seven lengths over the course and distance on Boxing Day.

Connections are now optimistic of another big performance, as Marie’s Rock leads trainer Nicky Henderson’s charge for a fourth win this race in 10 years – and fifth in all.

“She’s not missed a day and we’ve not had any problems,” said Tom Palin, of owners Middleham Park Racing.

“She’d gradually been building towards what we saw on Boxing Day. The Wetherby reappearance was good, her Cheltenham run was good so it was no surprise to see her put in that kind of performance. She hadn’t done that since Taunton almost two years earlier.

“On previous renewals she ticks a lot of boxes ahead of this race. I hope there’s more to come, but we have always held her in very high regard.”

Paul Nicholls expects Gelino Bello to put up a good show after having to give best to Irish trainer Charles Byrnes’ bright prospect Blazing Khal in Grade Two novice hurdles at Cheltenham on his last two starts. 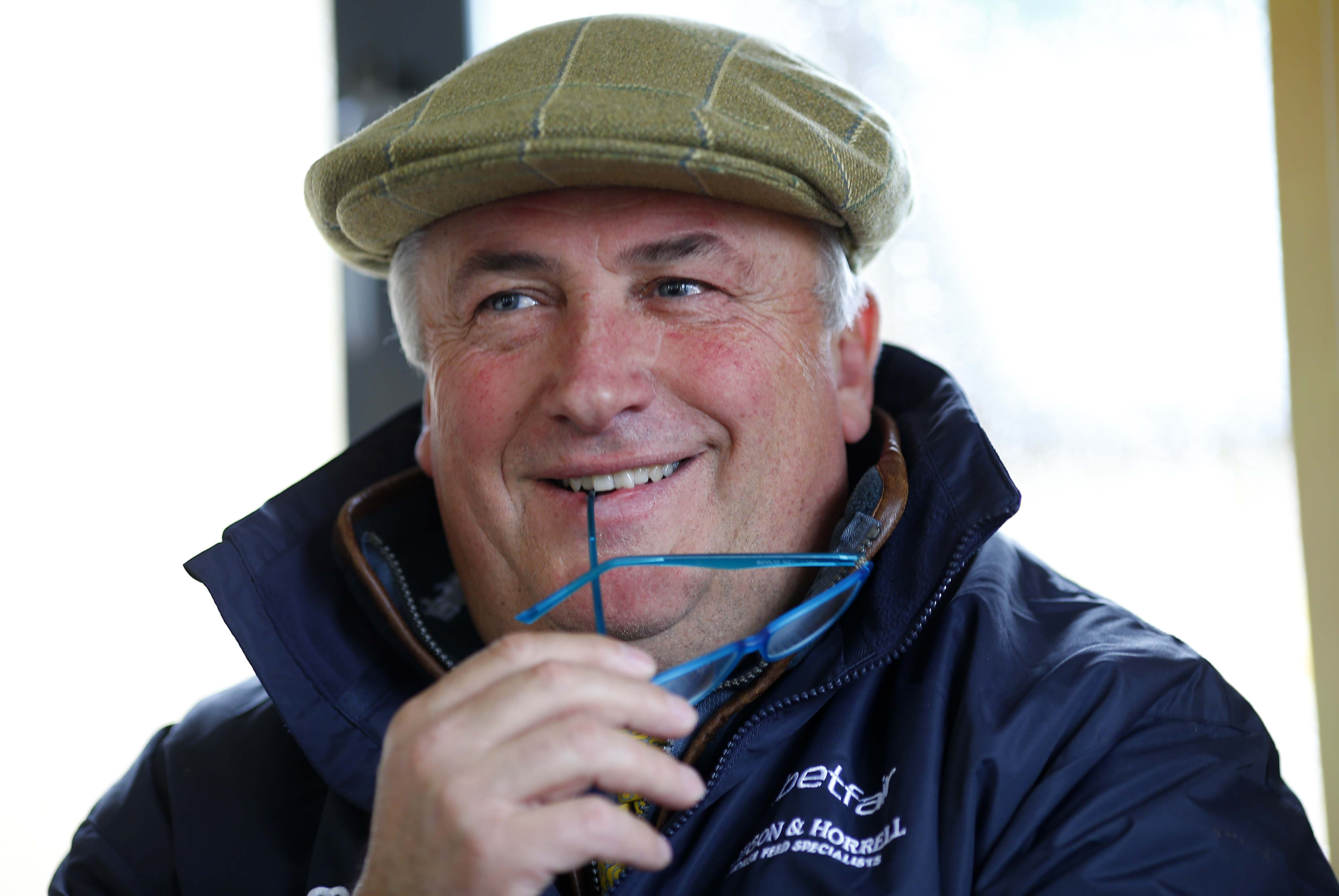 “A really good horse has beaten him the last twice. His form is good and he is improving with experience and he jumps nicely,” said the Ditcheat trainer.

“He is a pleasant horse at home that does everything nicely and I’ve always liked him. Like a lot of ours, he will be a lovely chaser next season. Off 138 it puts him in there with a chance on the form of his last two runs at Cheltenham.”

Jamie Snowden feels Up For Parol will be suited by the track at Kempton after making a successful switch back to the smaller obstacles at Haydock four weeks ago.

After the six-year-old was only fourth on his chasing debut at Ffos Las, the Lambourn trainer had no doubts about going back to timber.

“Up for Parol was a decent novice hurdler last season. He does like a bit of cut in the ground and the Persian War at Chepstow was a bit quick for him,” said Snowden.

“We sent him chasing at Ffos Las, but that didn’t work so we put him back over hurdles and he won well at Haydock last time out.

“He has done all his winning on flat tracks so I would have thought Kempton will be fine for him.

“I suppose this would be our biggest winner of the season if he won.”

“Dans Le Vent has had a wonderful season and ran a good race in Cheltenham last time. He’s done a brilliant job for us. He’s up in the weights, but we’ll give it a go.

“Bold Plan lost his way over fences last year, but on his day he’s more than capable. The sheepskins first time might help him. If he bounces back to form, he’s definitely at the right end of the weights.”

Other leading contenders include Green Brook, who is on a hat-trick for Venetia Williams after wins at Haydock and Ludlow, and the Philip Hobbs-trained Earth Lord – another on a three-timer, having most recently won at Ascot.

Joe Tizzard is confident Eldorado Allen “will run a big race” in the Coral Silviniaco Conti Chase at Kempton Park on Saturday.

The eight-year-old, who won the Haldon Gold Cup on his seasonal debut at Exeter, beating the subsequent Tingle Creek Chase one-two Greaneteen and Hitman, is one of a quality quartet in the extended two-and-a-half-mile Grade Two event.

Though beaten next time when upped in trip for the Peterborough Chase at Huntingdon, the John Romans and Terry Warner-owned Eldorado Allen has been pleasing trainer Colin Tizzard and connections have no doubts he will stay the trip.

Tizzard junior said: “He got the trip really well at Huntingdon last time. 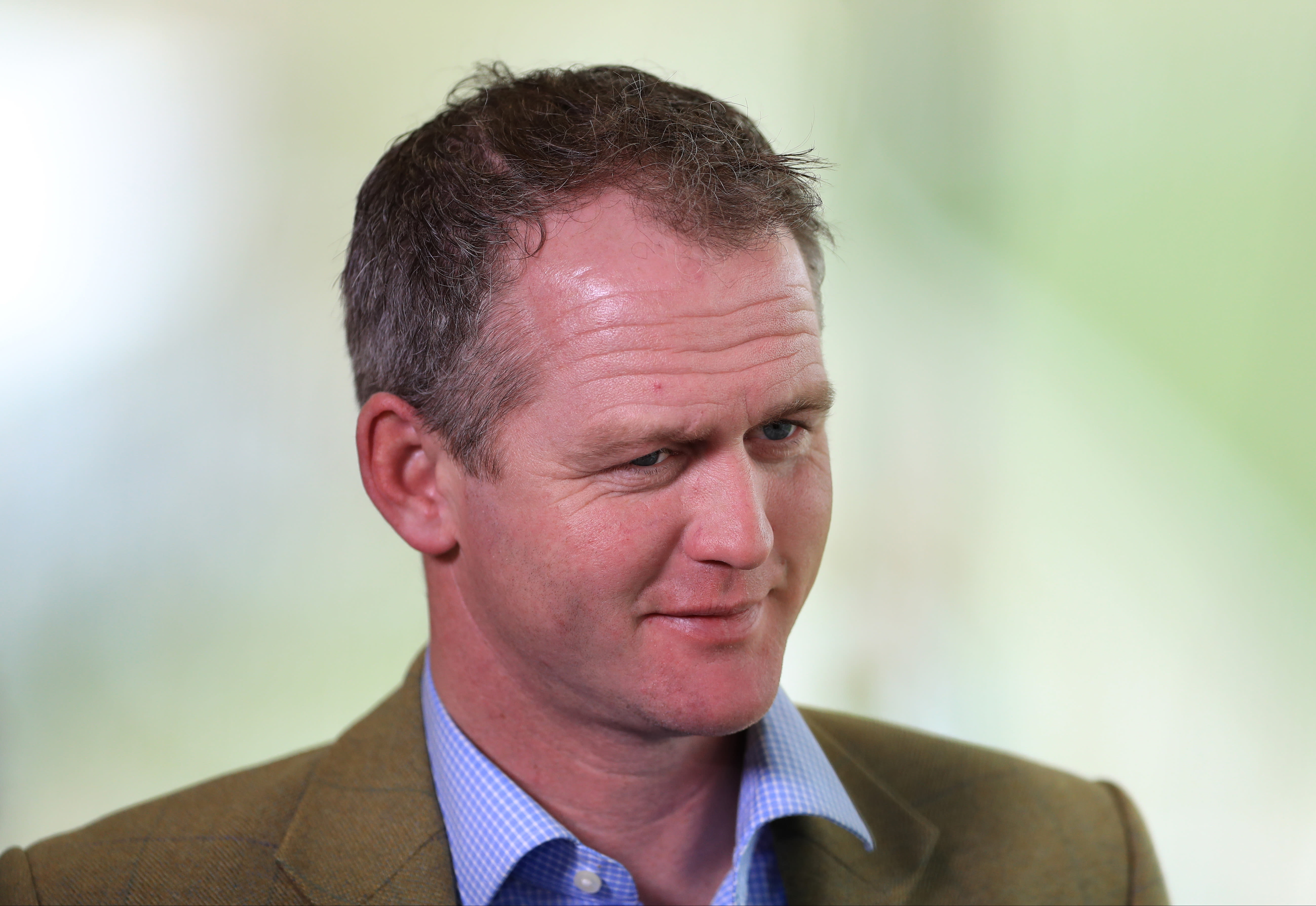 “He missed one down the back which cost him ground at a crucial time and he stayed on really nicely. We tried him over that trip for the first time and he got the trip all right.

“I’m quite looking forward to running him in a small field tomorrow and I think he will run a big race. All the other trainers are bound to fancy their chances – it is one of those races. I think we have got as good a chance as any and it wouldn’t be a surprise if any one of them won.

“He is in good form, the trip is ideal for him and I think he’ll like Kempton.

“That form of his run at Exeter, when he beat Hitman, means he’s got a 6lb penalty, but that form stacks up really well as Hitman went on to finish second (to Greaneteen) in the Tingle Creek and I think this is the perfect race for him.”

Hitman and Greaneteen’s trainer, Paul Nicholls, saddles Rouge Vif, who makes only his second start for the Ditcheat yard after his arrival from Harry Whittington.

Enjoy a day at the races on us

The 2020 Arkle third was last of four in a Grade Two contest over two miles at Cheltenham on his stable debut, and Nicholls feels the step up in trip will put him in a better light.

He said: “We’ve only run him once, but he was fourth in a good race at Cheltenham. Bryony (Frost) said he was flat out most of the way last time and that he wants two and a half (miles).

“He ran a hell of a good race but he was just done for a bit of toe, so two and a half miles should suit him better. We hope on Saturday that he can give a good account of himself.”

The Nicky Henderson-trained Mister Fisher is the sponsor’s market leader.

Pulled up on his seasonal bow in the three-mile King George VI Chase on his first run for 246 days, the Seven Barrows handler is hopeful the ground will not be a detriment to the James and Jean Potter-owned eight-year-old.

Henderson said: “The race is actually made for him, but I just hope the ground isn’t too tacky. Otherwise two and half miles around Kempton is absolutely perfect for him.

“He has only had the one run this year, in the King George, and I won’t say he didn’t stay.

“It was his first run since the last day of last season when he got beaten a neck by Frodon at Sandown (in the Grade Two Oaksey Chase). So, he was entitled to need the run and he probably did just need it.

“We are coming back to his optimum distance here. We were trying to see if he stayed three miles – he probably might do, I don’t think it was a lack of stamina last time. He’d run a good race until three out on the bend.

“This is ideal as long as it is not tacky old ground, as he won’t enjoy it.”

Completing the line-up is Defi Du Seuil, winner of six of his 13 chases, his last coming two years ago in the Clarence House Chase at Ascot.

He has had just four subsequent starts and the JP McManus-owned nine-year-old was well held in a Grade Two contest at Ascot won by Lostintranslation in November on his first run for 301 days.

His trainer, Philip Hobbs, feels he will be all the sharper for that outing.

He said: “He seems in very good form and I think we have the right conditions – two and a half miles and softish ground. So, hopefully he has got a good chance.

“Obviously he was disappointing last time, but hopefully now we are in the right place.” 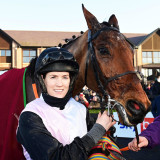 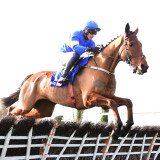