Lezoo strikes for Group One glory in Cheveley Park

Trainer Ralph Beckett heaped praise on Lezoo (11-2) following her success in the Group One Juddmonte Cheveley Park Stakes at Newmarket, saying of the two year old filly “we have never had one as good as this at this stage”.

A daughter of Australian-bred stallion Zoustar, Lezoo was a little slowly away before she began to make headway entering the final quarter mile. She demonstrated great finishing speed inside the final furlong to overhaul 13-8 Favourite Meditate by three-quarters of a length. Mawj, the only filly to beat Lezoo coming into today’s race when prevailing by half a length in the Group Two Duchess of Cambridge Stakes at the Moét & Chandon July Festival, was another three-quarters of a length back in third.

Beckett said: “If you looked at her now and looked at her in July, she has actually changed colour. She has got a bit darker but that is probably because she went slightly off after the Princess Margaret. She had four very quick runs in succession as you know and it just caught up with her so we had to pull up.

“I wasn’t sure she was back on her game but she just did one easy piece of work last week in the build-up on the grass and that worked well and she is obviously very good. We have never had one as good as this at this stage. She doesn’t show up at home and she caught me out first time. I told her owners (Marc Chan & Andrew Rosen) that she would win a novice and that would be it and that shows how wrong you can be. She has just got better and better with racing.

“I thought William today got her in a good place. She didn’t mind being on the wing as she is such a professional. She was just breezing along on her own flicking across the ground. I thought three down we were really in business.

“I would have to think about that (going again this season). It is possible if we are going to go anywhere she would go to Keeneland (Breeders’ Cup) but I would have think about that and see how she comes out of it and it see whether we think it is the right thing for her. I don’t think it would do her any harm but it is if it is the right thing for her but we will work it out.”

Winning rider William Buick was quick to thank Frankie Dettori, who rode Lezoo to two of her three previous successes but is currently suspended.

Buick, riding his second Cheveley Park winner after Lumiere (2015), said: “Frankie rang me this morning and gave me some really valuable insights. It was unfortunate he couldn’t take the ride as he is suspended.

“Frankie told me what she would do there – she jumped a little bit slow but travelled well and was always giving me confidence in the race. At the business end she really summed herself up well as she’s a real fighter and has a lot of quality. She has got plenty of gears and is an out and out six-furlong filly.

“It’s great and I was lucky to get the ride.”

Godolphin trainer Saeed bin Suroor, trainer of the third Mawj, said: ““She is a tiny filly but she has a big heart and tries hard.

“There are no plans for her. I would like to run her in the Fillies’ Mile but I don’t think she will stay. We will take her back and have a look in a week’s time and find a race for her. 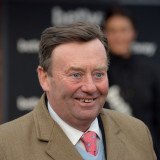 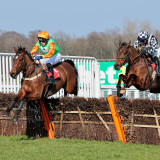