Johnny Ward's top tips for The Curragh and Kilbeggan on Saturday

What a cracker of a feature we have at the Curragh on Saturday – and kudos to the management for attracting the floating voter.

For a pony (€25), you get entry, a race card, a burger, and a tenner's worth of a bet. Not bad for a card that has as its pivot a Group One showcasing the best two-year-olds around right now.

I'm focusing mainly there, with a big-priced selection at Kilbeggan.

This filly is consistent and I really like how she travelled in winning here on Irish Derby day. It’s a concern she’s twice been beaten by Power Under Me but, with so much pace in the race, she can be backed and bookmakers are paying up to four each-way places. She was really well-backed at the Curragh and I feel they may come back to her more here than they did at York last time, when nothing came from off the pace but she still managed fourth.

Look at the form trainer Matt Smith is in: going into Friday his past eight runners had yielded two winners (33s and 22s), two seconds and two fourths. Master Matt is far more prolific on turf so I’d forgive him his last run. He is a course-and-distance winner and over a year ago, over this course and trip, he beat everything bar Urban Beat on good to firm ground. This ground suits better and he’s only 2lb higher, offset by top prospect Jake Coen taking off 5lb.

John Ryan is one of the most unique trainers in Ireland and seems to totally discard the law when it comes to convention. As such, I hardly ever back his horses but he’s had a great year and Waitnsee could offer each-way value. Course form is key at Kilbeggan and four of these have won here. Two of them, Macgiloney and Level Neverending, I’d fear, but Waitnsee isn’t badly in at the weights and will be a big price. The race looks sure to be run to suit. 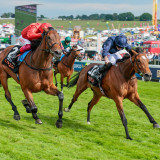 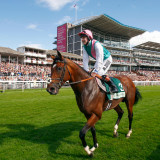 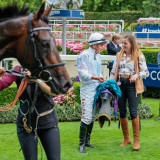