Our pundit and resident website tipster Dave Nevison has a strong fancy at Catterick among his three tips for Wednesday's action. Enjoy the whole card and further fixtures from Fairyhouse and Kempton live on Racing TV.

He came back to form under this rider last time and a reproduction of that effort back in this lower grade will see him go very close.

Trixster ran unplaced under 7lb claimer Chloe Elmsley - who was on for the first time - in the 0-140 bracket two starts ago while Charlie Price has already won four times on this useful hurdler/chaser and has hardly ever been out of the frame on the 10-year-old veteran, who is clearly quite sprightly. Price’s 3lb claim is clearly a valuable advantage when he rides this horse and he can put it to good use here.

Trixster is unlikely to do anything different but, by the very nature of a veterans’ race, nor is anything else likely to show improvement.

This is very much a coin toss between two bang in-form and hat-trick seeking horses and my coin is very much coming down on Harry Fry’s mare.

Will Victory won under excellent 7lb claimer Ben Bromley on her penultimate start, quickly showing improved form having joined Fry’s yard. She then followed up comfortably under a 3lb claimer at Plumpton and has gone up just 4lb for that success. By my calculations, with Bromley back on board she is effectively running off the same mark here and she is demonstrably well in.

She was placed at Listed level as a novice and highly tried, so with Fry having got her back on track it is possible she could now achieve a much higher rating and I feel she might be a ‘good thing’ in this.

Brett Johnson has had five runners-up from recent runners, so the trainer must be quite frustrated as this is time of year his string of modest handicappers would be expected to grab a victory.

Anispotera should have won last time out but was caught too far back when beginning her run and lost out by a neck. Even though her last win came at two miles, I am not concerned about the further drop down in trip here to a mile and a three furlongs as she showed she could quicken in this grade last time and she will very likely have a strongly-run race here, which will hopefully help her pick off rivals.

She has gone back up 2lbs, but would have been rated higher if she had won last time so is likely still weighted to be able to win. 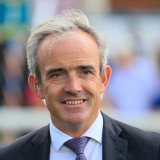 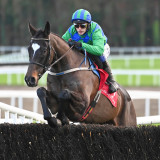 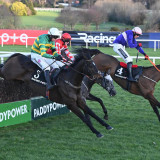