The fourth fixture in the popular Sky Bet Sunday Series takes centre stage at Pontefract this weekend, live on Racing TV, and I have found four selections for the seven-race card.

Best of luck with your bets on Sunday, and please remember to gamble responsibly.

Love Is Golden has threatened to win on numerous occasions now and this looks to be an ideal opportunity for him to finally get off the mark.

He was a good second at Chester last time out after failing to handle Epsom on his previous start, and he finished third in a very competitive class two handicap at York in May.

The four-year-old is giving away weight all round here, but he should be able to bully some inferior rivals in this class four contest.

A good draw in stall two gives jockey Ben Curtis plenty of options on a contender who is often ridden prominently, and he should be supported with confidence.

This youngster looked useful in each of his three starts as a two-year-old and certainly gave the impression that he will progress even further as a three-year-old.

It was therefore disappointing that he failed to sparkle on his first start at Epsom this year, but that run was too bad to be true as he got worked up at the start, missed the break and was beaten a long way out.

I am taking him to bounce back here as he won his maiden and also finished third in a Listed race at this track last season.

He may well go forward and make the running on Sunday, just like he did when scoring on debut last year, and I am sure he will fare much better than he did at Epsom last time out.

I think this three-year-old could still be well handicapped after winning at York last time out where he defeated subsequent Sandown winner Golden Voice.

Although he has been raised six pounds to a mark of 83 for that victory, he’s only had seven starts and is a tough and progressive type, so should be able to defy the rise.

The in-form Ed Bethell has been operating at a 17 per cent strike-rate this season and I expect his charge to prove tough to beat.

There may be more juice in this horse’s price given he has the worst of the draw in stall 17, and I am not underestimating the task he faces from that wide position, but he is progressing rapidly and may be up to the task.

There is a £100,000 bonus for any horse that can win three Sunday Series races and after his recent win at York, his connections could be facing a good payday this weekend.

His victory on the Knavesmire in May was very impressive as he thrashed a competitive field, which included Lion Tower who won a competitive class two at the same venue next time out.

Although the wide draw is, of course, a concern, I am happy to take a chance given the steep upward curve that this five-year-old is on. 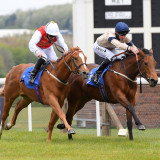 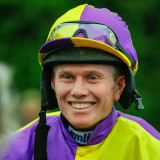 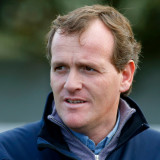