Defending champion Epatante and the mercurial talent that is Not So Sleepy shared the honours after the judge called a dead-heat in the Betfair Fighting Fifth Hurdle at Newcastle.

Nicky Henderson’s 2020 Champion Hurdle heroine Epatante made a brilliant reappearance in the Gosforth Park feature 12 months ago, but subsequent defeats at Kempton, Cheltenham and Punchestown meant she returned to Gosforth Park with a point to prove.

So too did the Hughie Morrison-trained Not So Sleepy, who showed his worst side when jinking violently right and unseating his rider at the first flight in last year’s renewal – carrying out the reopposing Silver Streak in the process.

Having undergone back surgery during the summer, Epatante was the 11-8 favourite to get back on the winning trail and provide Henderson with a record seventh Fighting Fifth success under Aidan Coleman.

Not So Sleepy, meanwhile, was an 18-1 shot in the hands of Jonathan Burke off the back of finishing second on the Flat at Doncaster last month.

Epatante travelled with her customary zest for much of the two-mile journey and moved smoothly into contention from the home turn, but was made to fight for it by both Not So Sleepy and Sceau Royal.

To the naked eye, Henderson’s mare looked to have just got the better of Not So Sleepy in a driving finish passing the post, but the angle at Newcastle is never the clearest to decipher and the pair could not ultimately be split in the photo by the judge.

Speaking from Newbury, Henderson said: “She has run a great race. From what I could see, her jumping was fantastic and that was her biggest weapon.

“That is what she had lost last year and she hurdled beautifully all the way and if she got up, we’d be grateful – we’ll take anything.

“It will be the Christmas Hurdle at Kempton next – no doubt about that.

“I know the plan. JP (McManus, owner) and I said Fighting Fifth and then Kempton, and then we’ll decide what we do after that. It is not going to stop me going to Kempton!”

Paddy Power trimmed Epatante to 10-1 from 14-1 to regain her Champion Hurdle crown at Cheltenham in March, while Not So Sleepy is a 50-1 shot.

Morrison was rightly proud of the performance of his stable star, saying: “What a horse. He won as a two-year-old on the Flat and here he is winning a Grade One coming into his 10th year.

“We’ve trained him basically for this race since he ran in the Chester Cup (in May), where I felt he had a huge amount of weight.

“We wisely didn’t run him in the Cesarewitch or the November Handicap because I felt he had too much weight and great credit to all involved.

“He’s quite a challenge at home. My head lad rides him at home all the time and he actually went on holiday yesterday.

“This summer the horse has turned the corner actually and Johnny gave him a brilliant ride today.

“It’s my first Grade One National Hunt winner, so I think we’ll have a bit of a celebration.

“I don’t know where we’ll go next. Kempton at Christmas might be a bit quick.” 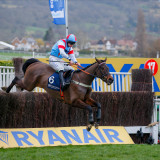 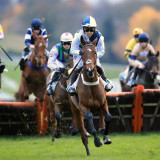 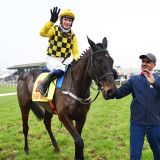 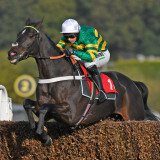