Bear Ghylls is likely to put his unbeaten record on the line in the Ballymore Novices’ Hurdle at Cheltenham on New Year’s Day.

The Nicky Martin-trained gelding stormed to a 19-length victory when a 33-1 shot for his bumper debut at Warwick in the spring, but has since proved that effort was no fluke with back-to-back wins over hurdles.

Bear Ghylls beat Friday’s Cheltenham winner Make Me A Believer on his hurdling bow at Lingfield – and while he was made to work hard to justify cramped odds on his latest appearance over two miles at Ffos Las, Martin feels it was a worthwhile experience.

She said: “We ran him back over two miles at Ffos Las as a bit of an education. He’ll have learnt a lot as he was so strong and stupid! I think we can now go back to his distance, which I think is two and a half.

“The plan at the moment is to head for the Ballymore at Cheltenham on January 1. He needs further and we need to see if he likes the hill and just see how good he is really.

“We should learn plenty about where we’re heading, hopefully.”

John Gosden keen to welcome owners and spectators back this spring 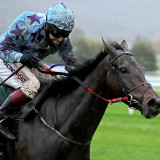 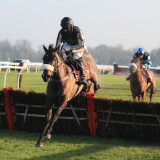