Hughie Morrison eyeing second tilt at Cesarewitch with Not So Sleepy

Hughie Morrison is eyeing a second tilt at the Together For Racing International Cesarewitch with Not So Sleepy following his successful return at Pontefract last week.

The eight-year-old was having his first outing since being pulled up in the Champion Hurdle at the Cheltenham Festival in March, but Morrison feels that effort can be excused as it came at the end of a long season.

Prior to that he had shown himself to be very versatile, winning a big handicap hurdle at Ascot by nine lengths, but lost all chance in the Betfair Hurdle following a false start.

Making his first appearance on the level since finishing fourth in last year’s Cesarewitch, he beat a good yardstick in Dark Jedi over a mile and a half in West Yorkshire.

Not So Sleepy scored in good style at Pontefract

“All being well, it will be the Cesarewitch next, as long as the ground isn’t too quick,” said Morrison.

“He has actually won over a mile and a quarter on the Flat – albeit three years ago!

“Given the way we’ve campaigned him recently, you’d have to say we think he’s a hurdler, but we’ll take in a Cesarewitch any day – plenty of dual-purpose horses have won it.

“We intended to give him a rest last autumn but didn’t, he then had a couple of serious bites at the cherry before Christmas and come Cheltenham, I think it was just at the end of a long season and he’d had enough.

“He’s tricky, but we know how to deal with him now. With a hurdles mark of 142 there might be another handicap in him, but we might be brave and go for big races with small fields.” 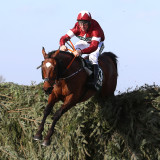 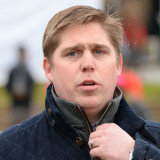