Atomic Force made every yard of the running to claim an impressive success in the Prix du Bois Longines at Chantilly.

Trained by Kevin Ryan for Hambleton Racing, the Cotai Glory gelding had finished second on his debut at Musselburgh in April before following up with victory at Hamilton last month.

Upped to Group Three company in France, Atomic Force was partnered by Stephane Pasquier – who had the British raider smartly away in the six-furlong heat.

Wesley Ward’s runner Napa Spirit sat on his heels, but Atomic Force was soon bowling along in front and he had his nine rivals in trouble from some way out, with Pasquier only having to keep him up to his work to prevail by five lengths.

Black Lives Matter finished best of the rest, with Best Sixteen a further length back in third.

“We were very hopeful, but we probably didn’t expect him to win quite as impressively,” said Simon Turner, Hambleton’s racing director.

“He looks a very good horse.

“He enjoys a little bit of ease underfoot, and we thought there was every chance he’d get it there (Chantilly) – it just looked a nice stepping stone.

“The (Prix Robert) Papin could be an option for him. We’ll consider all the good Group sprint races that he’s eligible for, see how he comes out of it and be guided by Kevin really.”

The Oasis Dream colt had won twice as juvenile but could finish only second on his return in the Prix La Force, prompting Fabre to drop back to Listed company for his last two starts.

After winning at ParisLongchamp in May, he was switched back up to Group Three level for this mile heat – and while Erasmo had to work hard for the win, he kept on well in the final furlong to see off Best Lightning by a short neck.

Godolphin’s Lisa-Jane Graffard told www.godolphin.com: “Erasmo is a very brave horse, who never runs a bad race, and this is a fantastic result for him.

“We will see how he comes out of the race, but he has been kept busy so far this season. We may give him a break before bringing him back for the autumn, possibly looking at one of the races on Arc weekend.” 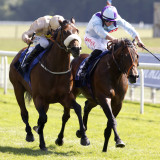 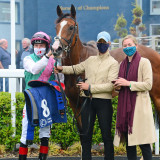 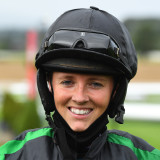 Hampson battles back from serious injury and heartache 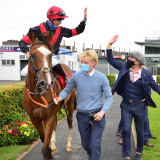