Clive Cox’s Commonwealth Cup pair Supremacy and Diligent Harry were among the inevitable non-runners as almost 20mm of overnight rain turned the ground soft for day four at Royal Ascot, and Primo Bacio has also been ruled out of the Coronation Stakes.

Clerk of the course Chris Stickels announced the significant change in conditions in an updated going report shortly after 7.30am – with more rain expected throughout the day.

The ground was good to firm throughout Thursday, after a prolonged warm and dry spell up to and including the first two days of the meeting.

Heavy rain was forecast, however – and after its arrival, there were already a clutch of non-runners early on Friday morning.

They included Diligent Harry and Supremacy, leaving their trainer with Isabella Giles still engaged in the Group One sprint for three-year-olds.

Speaking just after 8.30am, Stickels reported a minor improvement in the weather but confirmed more rain is anticipated.

“It’s just eased off a bit at the moment,” he said.

As for any possible further change in the going, he added: “We’ll have to wait and see. There is further rain forecast – soft covers a wide range of going really.

“We’ll be walking again at 11am and review it all then.” 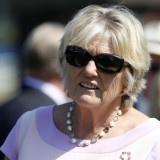 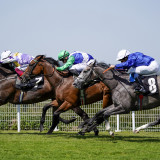 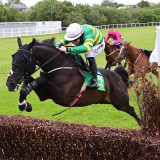