Talks are ongoing with stakeholders in an attempt to find a long-term solution to fund the assistance.

The scheme, which pays out a lump sum should a jockey suffer a career-ending injury, has been traditionally funded by the PJA seeking commercial sponsorship. But for the last two years, funds have come from PJA reserves – assisted for the last six months by a grant from the Horserace Betting Levy Board.

Jon Holmes, Chairman of the PJA, said: “Ascot has always gone above and beyond when it comes to our members. This is yet another example of that, and we are incredibly grateful to everyone at Ascot Racecourse.

“I have been in my role at the PJA since December last year and was surprised to discover that this vital insurance scheme was reliant on commercial sponsorship.

“Our members, the vast majority of whom earn below the national average salary, put their bodies on the line every time they ride – and I share Ascot’s determination to find an industry-funded solution.”

Guy Henderson, chief executive of Ascot, said: “Jockeys of both codes put themselves at risk of serious injury for our entertainment every day. We strongly believe that it is the industry’s responsibility to make sure that there is appropriate protection for them in place in the event of career-ending injury.

“As we approach the end of the 2021 Royal Meeting, I would like to congratulate and thank them all – especially those who had landmark wins, from Frankie Dettori’s 75th to the six who’ve ridden their first.

“As always, we have had unstinting support from all the jockeys this week, in terms of participating in extensive domestic and international media activities and our own press conferences and opening ceremonies.” 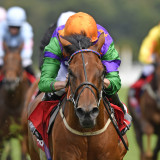 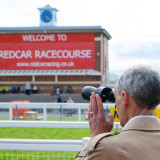