Anthony Honeyball is keen to step up in trip with Ms Parfois in the National Hunt Chase at the Cheltenham Festival, provided conditions are suitable.

The Mosterton handler is favouring a shot at the four-mile event on the opening day of the Festival over an outing in the Betfred Midlands National at Uttoxeter on Saturday week.

After winning a brace of Listed events, Ms Parfois finished a respectable second behind Grade One winner Black Corton in the Reynoldstown at Ascot last month.

Honeyball said: "As the long as the ground is in and around soft, she will run in the four-mile amateurs' chase and Will Biddick will ride her. He will come down and school her before the race.

"The race looks tailor-made for her. She will get the trip well as she is relaxed in her races, plus she has won around Cheltenham.

"She has got a great deal of experience for a novice and you need that in the four-miler. I was quite confident she would win the Reynoldstown, but the ground was not soft enough to bring out her galloping nature, but she didn't run that badly."

Ms Parfois is a best-priced 20-1 with Betfair and BetBright.

Honeyball expects stablemate Acey Milan to put up a bold show as he bids for a fourth successive win in the Weatherbys Champion Bumper on the second day of the Festival.

He added: "He has been fantastic this season. He has won two Listed races and his biggest test for me was last time against the all-age bumper horses at Newbury.

"He was very impressive that day and he is improving with each run. That Newbury race normally turns up a good horse.

"He has got good form around Cheltenham. The only thing was he had a hard enough race at Newbury and it was not that long ago, but he he has come out of it very well as he has done in all of his races.

"He ticks a lot of boxes and we will have him very much tuned up and ready to go." 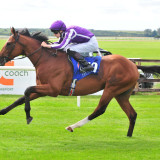 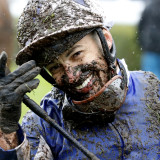