Our man Harry Allwood makes a case for a Sue Smith-trained contender in the feature contest at Cheltenham on Saturday.

Following Monday’s confirmation stage, 24 contenders have stood their ground for Saturday’s Paddy Power Gold Cup, the feature contest at The November Meeting which gets underway on Friday, live on Racing TV.

The going, at the time of writing, is good, good to soft in places at Cheltenham and, with a relatively dry forecast for the rest of the week, watering has commenced to maintain current conditions, so the going description is unlikely to change.

The Grade Three contest, which is run on the Old Course, has an impressive roll of honour, with Al Ferof, Exotic Dancer, Imperial Commander and Our Vic just some of the star names to have landed the prestigious handicap in the past two decades.

There are two Grade One winners – Protektorat and Lalor - among this year’s entries and the pair are vying for favouritism in the ante-post markets.

Dan Skelton says he is “not worried” that Protektorat lacks a recent run as “he has done loads at home” and this has been his target for some time.

Notebooks out: Dan Skelton provides the inside track on his Cheltenham runners.

Skelton’s charge also fits plenty of trends as he is a dual Cheltenham winner, goes well fresh and, given he has bundles of potential, may be well-treated off a rating of 154, so it is no surprise to see him at the head of the market.

Lalor and Simply The Betts will be making their debuts for Paul Nicholls on Saturday, and the champion trainer says the former, who has had his problems, could be well handicapped if rediscovering his old form.

The latter returns from almost a year off the track but was highly progressive when trained by Harry Whittington, and ended a productive campaign two seasons ago with victory in the Festival plate. He was last seen finishing a laboured sixth in this race 12 months ago but did score following a lengthy absence in 2019.

Al Dancer finished third in this race last year off a 5lb higher mark and will be having his first start for Sam Thomas. A repeat of his effort in last year’s contest should see him go close, especially as he is four from four when returning from absences of 120 days or more.

However, all those contenders mentioned lack the benefit of race fitness, which can’t be said for MIDNIGHT SHADOW who returned with an eye-catching run in the Old Roan Chase behind Allmankind in October.

The eight-year-old travelled well in that contest before the lack of a recent run took its toll and Sue Smith said afterwards that her charge will strip fitter for the outing.

His exertions at Aintree should have him primed for Saturday and he has won twice – both at Grade Two level - at Cheltenham, albeit on the New Course, but the Old Course could suit him even better given he has plenty of natural pace. He was also not beaten far in last year’s Marsh Novices’ Chase.

He ran well when second in the Caspian Caviar Gold Cup off a 1lb higher mark behind the extremely well-handicapped Chatham Street Lad last season, and pulled 12 lengths clear of the remainder on that occasion.

One can only presume something was amiss on his next start over hurdles where he was pulled up after weakening quickly and was not seen again until this season.

The conditions will be in his favour, and his run last time out was not far off a career best so, at 12-1, he is worth siding with.

Of the others, Coole Cody shaped well over hurdles at Cheltenham in October, and that will have been a pipe-opener for this contest which he won last year off a 4lb lower rating.

He is another you can make an each-way case for, while Kerry National winner Assemble, who represents the Joseph O'Brien yard, has attracted support in recent days, as has Galahad Quest who went into plenty of notebooks after his return in October and better can be expected here.

Recommended bet: 1 point each-way on MIDNIGHT SHADOW at a general 12-1.

Don’t miss a beat of the Jumps with a FREE one month trial of Racing TV. Enjoy over 70 British and Irish meetings on TV, online and mobile. Start your free month at racingtv.com. Click here for more details 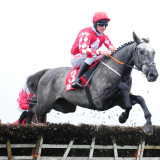 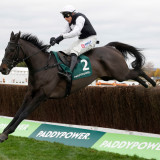