Connections of Vadream have opted to take the plunge and supplement the filly for the Qipco British Champions Sprint at Ascot on Saturday following the scratching of Starman.

The three-year-old was added to the field for the six-furlong Group One at the five-day confirmation stage, which makes a total of 22 hopefuls.

Ante-post favourite Starman, winner of the July Cup, was the most notable absentee after suffering a setback. The Ed Walker-trained four-year-old colt has been retired.

Vadream staked her claim for consideration with a timely success in the Group Three Bengough Stakes at the Berkshire track at the beginning of the month.

Trainer Charlie Fellowes is happy for the daughter of Brazen Beau to take her chance, though he has every sympathy for the Starman team.

“She won a course-and-distance Group Three a couple of weeks ago. She’s bounced out of that race,” he said.

“Starman being out blows a massive hole in the race because he’s an outstanding sprinter. I’m genuinely gutted for Ed because I know they have had to pick and choose where they run this horse and the ground was about to come in his favour. It’s a real shame for them.

“Our filly is proven over the course and distance. She’ll go on any ground. It should be beautiful which won’t bother her one bit and Ascot really suits her racing style.

“We’d be mad not to give it a crack. This will be her last run of the year and she stays in training next year so it was a no-brainer. I couldn’t be happier the way she’s come out of her race.”

One of the leading fancies is Archie Watson’s consistent three-year-old Dragon Symbol while Watson has a second string in last year’s winner Glen Shiel. Others in the mix include Rohaan, Art Power and Creative Force.

Trueshan and Stradivarius, first and second in the Prix du Cadran earlier this month, could clash again in the Qipco British Champions Long Distance Cup.

The Alan King-trained Trueshan took this prize 12 months ago while John and Thady Gosden’s Stradivarius was successful in 2018.

Hamish, Princess Zoe and The Mediterranean are among other smart stayers standing their ground.

Two-time Irish St Leger heroine Search For A Song, trained by Dermot Weld, has an alternative entry in the Qipco British Champions Fillies And Mares Stakes.

The 12 possibles are headed by Aidan O’Brien’s classy pair of Snowfall and Love.

Oaks winner Snowfall would be making a quick reappearance after finishing sixth in the Prix de l’Arc de Triomphe, while Love was a late withdrawal after developing a temperature.

Paddy Twomey’s La Petite Coco, who lowered Love’s colours in the Blandford Stakes at the Curragh last month, is expected to take her chance.

The Gosden-trained Free Wind heads the ante-post market following convincing victories in the Prix Minerve at Deauville and the Park Hill Stakes at Doncaster. 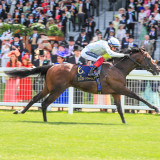 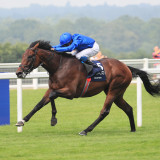 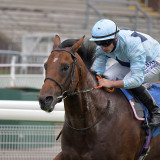 Starman retired after setback rules him out of Champions Sprint
Champions Day: Ground expected to be on ‘easy side’ of good
News Articles
Grangee headlines Fairyhouse treble for Bryan Cooper