The Breeders’ Cup is always one of the highlights of the year and you can watch it live on Racing TV this Friday and Saturday.

I have five selections for you over the two days of the meeting at Keeneland.

This Wesley Ward-trained filly can win the Breeders’ Cup juvenile sprint from her good draw in stall 2. She was a comfortable 2 1/2 length winner at Saratoga last time out and is still improving. She was previously a decent fourth in the Queen Mary at Royal Ascot, where she went too hard early on. Back on a turning track, she is going to be hard to peg back and I take her to win comfortably.

This horse could be the best juvenile in the Bob Baffert barn and he can win his fourth race on the bounce. He was very impressive when he won the Grade One American Pharoah at Santa Anita last time out, where he destroyed his rivals by 5 1/2 lengths and upwards. This race is no tougher and he can show that he is the stable’s leading contender for the Kentucky Derby next season.

Enjoy a slice of "Breakfast at the Breeders' Cup". Watch British hopes Mishriff, Kinross and Dreamloper stretch their legs

This colt won this Breeders’ Cup Turf Sprint last year at Del Mar and can go in again here for Wesley Ward. There will be much attention on the brilliant Highfield Princess and she should go well, but Golden Pal is a brilliant one-turn sprinter who comes here in good form, having won his last two starts. His decisive Grade Two win here at Keenland last time out showed him to be in great heart and he can dominate this race.

C Z Rocket has finished second and seventh in this Breeders’ Cup Sprint in the past and looks to be in good enough form now to go close again. Peter Miller is a superb trainer of sprinters and this eight-year-old should get a decent set up here. He is a deep closer who will get behind in the early stages, but the likely furious gallop should enable him to close in on the leaders in the final quarter mile and that surge could take him to victory. He has winning form at the track and can go well at chunky odds.

This horse can augment the superb strike-rate of Charlie Appleby in North America. He easily won the Jockey Club Derby at Aqueduct last time and can emulate his stablemate, Yibir, who won that race last year before going on to Turf glory. Nations Pride was thought to be a Derby horse but didn’t handle Epsom. Since then, his campaign has switched to America and he has looked thoroughly progressive. This will be only his third run at 12 furlongs and he is open to plenty of improvement at the trip. 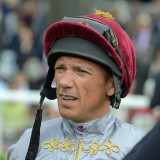 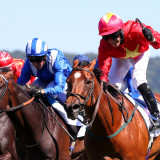 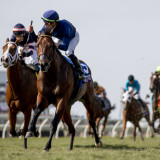